April 4, 2016April 8, 2016 lacrow1040
This month’s Author Interview is with seasoned author and speaker, Jamie Foley! You might remember this name from the book review I did last month on her novel, Sentinel, the first book in her published trilogy by the same name. Jamie has some really great stuff to say about her journey as a writer and the publishing industry as a whole, so I’m super excited that she gets to share it with all of you! And guess what?? She’s even going to give someone a free signed copy of Sentinel to one lucky winner! Whaaaat? Thank you, Jamie for being so generous! Hope you enjoy what she has to say, and be sure to check out her website! And be sure to scroll to the bottom to enter to win the contest!

As she writes her fourth novel, Jamie is seeking representation for traditional publication. 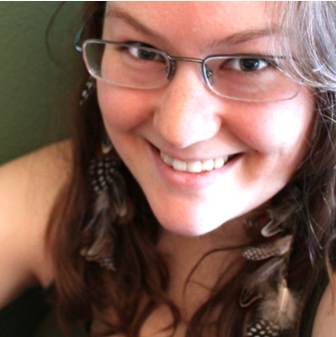 You’ve spoken at various venues about the pros and cons of both sides of the publishing industry. What is the difference between traditional and self-publishing, and what is a hybrid publisher?

There are a bunch of differences, but really it’s a matter of rights. As an independently published author, you’d maintain all of your rights and would take all of the profits from your book sales for yourself. But you’re a one-man show.

If you’re lucky enough to land a traditional publishing contract, you’d sell your rights to the publisher and make a much lower royalty percentage. But you’d have a team of experts behind you with a vested interest in making your book awesome and selling as many copies as possible.

A hybrid author has one foot in each camp. They have been traditionally published, but also self-publish some of their works.

What are the advantages for a writer to be a hybrid publisher versus just sticking with one or the other?

There are lots of advantages! Hybrid authors have the best of both worlds. They have the full force of a publisher’s resources gunning for their success–large traditional publishers help tremendously with marketing and may even hire a publicity firm for a project or two.

And when traditional authors self-publish on the side, they make a killing on the royalties because they’ve already got a large fan base, thanks to their publisher. Because of this, hybrid authors make more money than both independent and traditional authors.

Are there any well-known authors who have chosen to hybrid publish their work?

Oh, yeah! I have personally spoken to NY Times bestselling author Ted Dekker and bestselling, award-winning author Beth Wiseman about their decisions to self-publish after many years of publishing traditionally with the “Big 5”. I’ve actually done the formatting and marketing for Beth’s first indy project, A Tide Worth Turning.

The sad truth is that authors simply don’t make as much moolah as we used to. The market is changing, and a lot of big-time authors are barely hanging on. This is why you see well-known authors turning to self-publishing–even if they’re also continuing to publish traditionally–to make more money on the side. I know that Beth is contracted with Harper Collins through 2019, and she’s just as happy about that as she is writing an indy novella here or there to help pay the bills (and her margarita-loving marketing gal). 😉

What are your suggestions for self-publishing my first manuscript?

Pay for professional editing and a professionally-designed cover! I know nobody wants to hear that, but the reality that is if you don’t invest in your new small business, nothing will come of it. There are entire websites dedicated to making fun of bad covers and writing that hasn’t been edited.

If you don’t put forth the time and money to make your work professional, it’s simply not going to sell. The market is flooded with poor-quality books, and if you don’t have an awesome cover, a reader will most likely choose to spend their $10 on a book that looks like it’ll be worth it.

I’m not saying you have to drop $1,000 on a cover and another grand on editing. You can probably find a decent cover designer online for $100-$300, and I highly recommend checking out the critique website Scribophile to get you started on editing. Personally, I’m paying $650 for a cover that’s in development right now, and I pay around $300 per book for developmental edits from Quill Pen Editorial.

And if you don’t know how to go about formatting your books for paperback/Kindle/etc., check out BookBaby. I’ve not used them personally, but they seem legit.

Do I really need a literary agent? What are the benefits of having one?

You only need a literary agent if you’re shooting for traditional publishing. Agents sell your work to publishers, they protect your interests during contract negotiations, they help guide your career, and they deal with foreign/TV/movie rights, etc. They take something like 12-15% of your royalties.

So while they might be a good idea for a very successful indy author, they’re not required for self-publishing. But the vast majority of traditional publishers won’t look at your manuscript at all unless you have an agent.

Now that we’ve learned a bit about the process of getting published, let’s hear about some of your writing! Tell us a little bit about your Sentinel series and where we can find those for purchase.

I write YA fantasy, and I don’t believe that a book has to have cussing and sex in it to make an awesome story. My dystopian series, The Sentinel Trilogy, has been called “Harry Potter in a Left Behind story” (R.T. Young).

Although I’ve received good reviews, I’m currently in the process of re-writing the first two books and getting professional editing and covers for them. I’ve learned so much since I started writing, and I’ve gotta practice what I preach, now, don’t I?

All three books–Sentinel, Arbiter, and Sage–are currently available for Kindle and paperback, and the first two are on Nook and Google Play as well. But the full trilogy will be re-released with their new covers and editing by summer 2016, if I have my way. 🙂

Since the release of your series, you’ve also completed another manuscript that you are currently working on getting traditionally published. Can you tell us a little bit about that?

Yeah! I’ve started another fantasy series called Emberhawk with elementals, political intrigue, and romantic suspense. The manuscript was requested by 3 publishers, but I’ve got to find an agent first! I sent it out a few weeks ago and have been on pins and needles waiting to hear back.

But I’m going to wait until I’ve got the Sentinel Trilogy re-released before I continue the search, though. I want to look as shiny as possible for any agents and publishers considering to take me on!

What about beta readers? Is there a chance for readers to sign up for that?

Sure! My beta readers receive autographed first-edition paperbacks and gifts along the way (for Sage, it was Amazon gift cards) in exchange for their honest opinions and a review of the book when it releases.

Sign up for my email newsletter on my contact page to get a notice of when my beta team is recruiting for the next book. My monthly newsletters are also full of giveaways, updates, and behind-the-scenes goodies.

Never give up! If you want to write, then do so consistently for an hour every day. That’s how I upgraded from hobbyist to author. Treat it like a small business, work hard, it will grow over time. Surround yourself with supportive people–Scribophile is a great place to start. If a crazy hair-on-fire mother of a toddler like me can do it, I know you can! 🙂

Thank you, Jamie, for a fantastic interview! We really appreciate having you here at CF!

And now the fun part!! Don’t miss out on your chance to win a free signed copy of the first book in her Sentinel series! You have 31 chances to win! What? Get on over there and enter! Now!! It’s easy. Simply click on the link below to enter this contest. Next click on the box you want to enter (ex. ‘1 Free Entry’), then the check marked box.The box you’re in should gray out, telling you that your entry for that box is complete! You can earn additional entries by sharing on social media! Don’t forget to leave a comment on this post and follow this blog to receive more entries!

**This contest is now over. Congrats to Nicole R. for snagging this fantastic book! Enjoy!

Hope you enjoy this contest! The fine print, blah, blah, blah: Contest ends Thursday, April 7th 11:59pm. Winner will be notified via email. Winner must claim prize w/in 48 hours of notification. Caffeinated Fiction and/or Jamie Foley are not responsible for lost or damaged prizes. Prizes cannot be swapped out. This contest is for U.S. residents only.